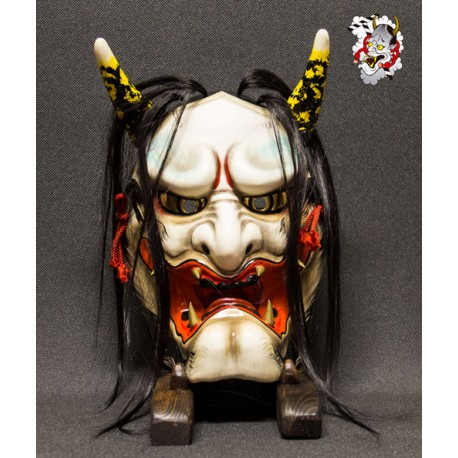 Kagura is a type of ritual dance that first thrived in the Iwami region of Shimane Prefecture.
The dances, originally performed at shrines, would last from evening until dawn the next day, to show gratitude to nature and the gods during the harvest season.
Based on Japanese myths, these performances were grand and colorful spectacles, and beginning in the dawn of the Meiji era (around 1868), kagura troupes began to form to entertain shrine visitors.
It is that kagura style that has been handed down into the modern era as a tradition art form.
Lush, dazzling costumes, diligently embroidered stitch by stitch, are one of the most important elements of kagura.
But another indispensable ingredient in the swift-paced, soul-stirring Iwami Kagura are the masks, made of light yet sturdy Sekishu Washi (A UNESCO Intangible Cultural Heritage).